on March 04, 2019
Helicopter ordnance is not something I'm terribly familiar with. I've never worked on choppers and likely never will. I am fascinated by the whirly birds, though, and I regard the Cobra family of attack helicopters as the best looking helos on the planet. Change my mind. (You can't)

Though I have no first hand experience with rotary wing weaponry, let's face it, it's not that complicated. There are really only a handful of stores that a typical chopper can carry. Usually this equates to a crap ton of rockets, TOWs and Hellfires, if we're talking about US helicopters.

As simple as it may seem, there are occasions even on helicopters where stores limitations come into play. While bumbling around the internet I found this picture: 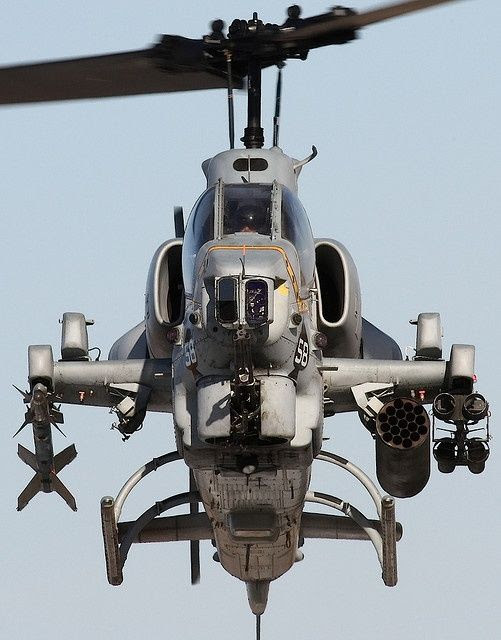 It's an AH-1W loaded with, from left to right, a CATM-9, LAU-61 and TOW launchers. Beautifully asymmetric load but it's not the only thing that caught my eye. Notice the rack next to the CATM-9 is empty. To me, any time there is an empty station on an otherwise fully loaded aircraft throws up a flag. Why is it empty?

I did a little more searching and found that all the examples of Whiskeys bearing Sidewinders did not have the inboard station loaded. 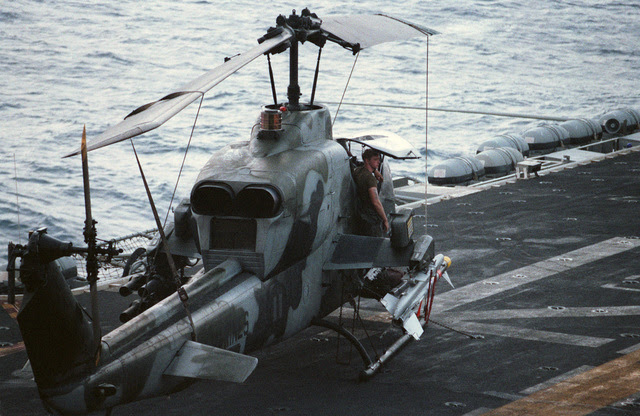 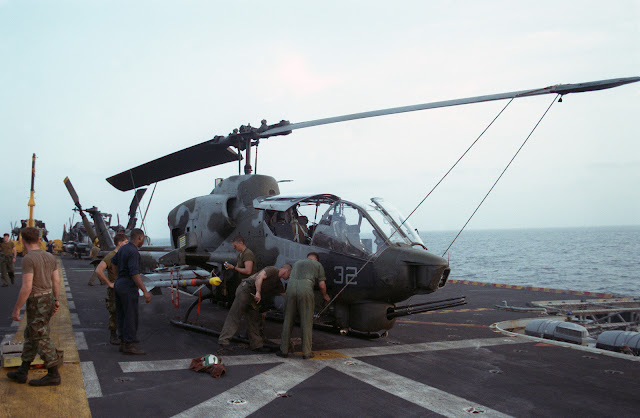 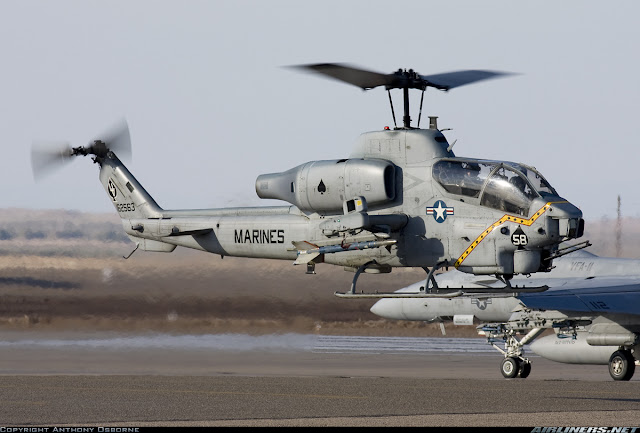 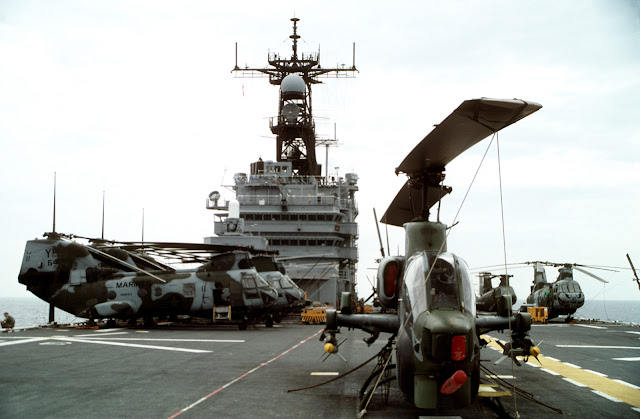 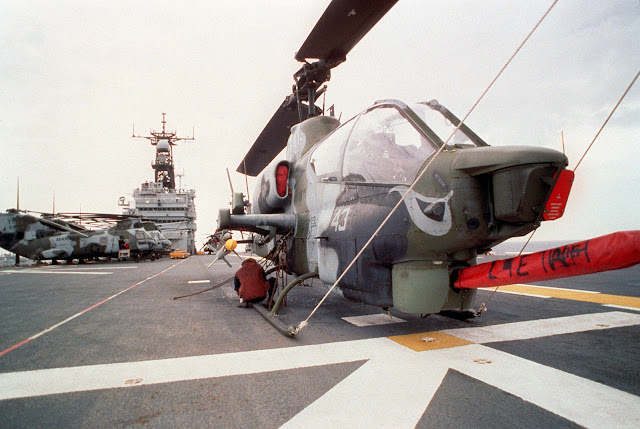 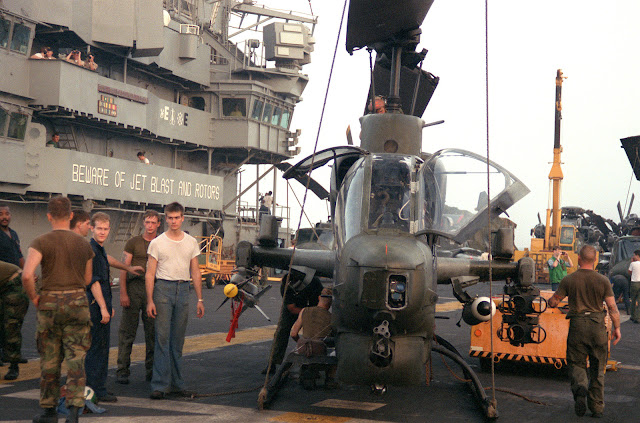 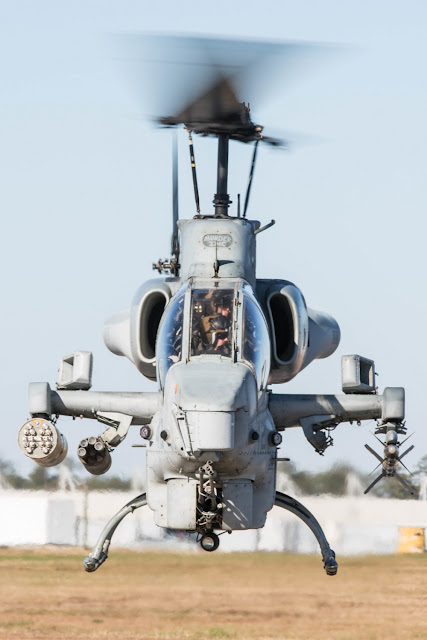 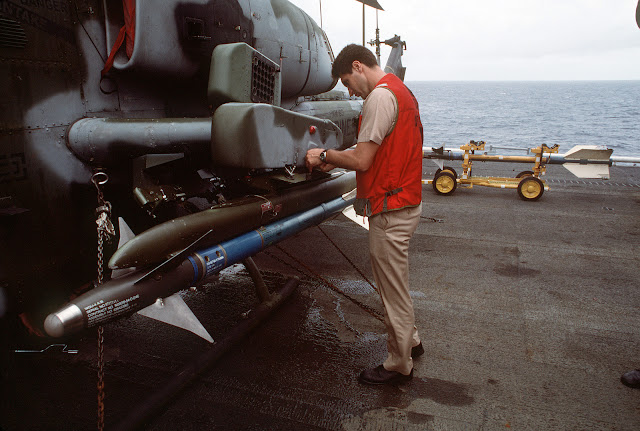 Matter of fact, the only instance I found of an AH-1W configured with an AIM-9 and a store on the adjacent station was this example: 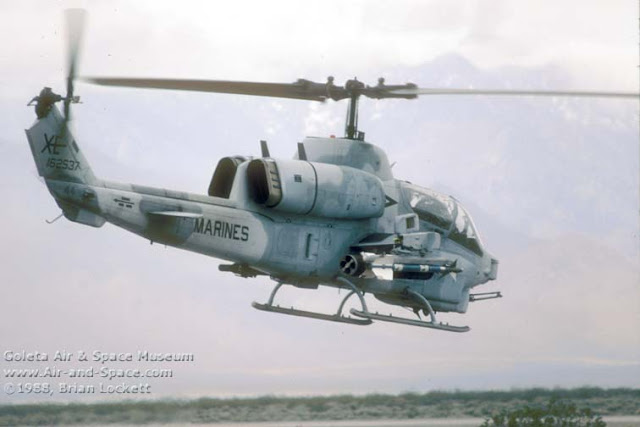 This Whiskey has a LAU-10 loaded along side the Sidewinder.

So naturally, this got me thinking there must be restrictions on what can be on the rack next to the air-to-air missile.

It wasn't long before Gerry Whiteside, whom you may remember from a similar post about A-7 loads, confirmed my suspicions. Here is his response:


Interesting that while there are some stores approved for carriage next to the Sidewinder, it didn't seem to be common practice, at least not based on the photos I was able to find.

Either way, it is something to keep in mind when building an AH-1W. That said, it's unfortunate that the only kit(s) on the market in 1/48 are from Italeri and the re-boxing by Revell. The kits do come with Sidewinders, however, so if you feel like tackling the circa 1993 model this knowledge may come in handy. There are some other options in 1/35 as well if you want to take on a larger scales. Otherwise, one can hope that with the 1/35 AH-1Z from Academy hitting the shelves soon that a new tool Whiskey may not be too far off.

I'd drink to that.