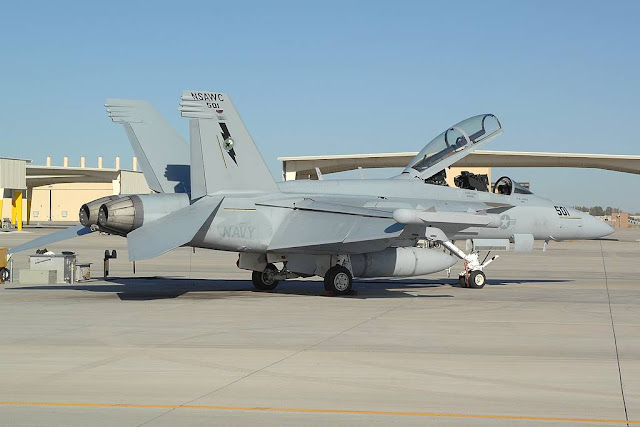 Flight control surfaces are movable aerodynamic devices that allow a pilot to alter the aircraft's flight attitude. They are a topic of interest to modelers because, depending on the aircraft and the situation, the orientation of these surfaces may need to be altered in order to represent a more life-like model. Some kits neatly facilitate positioning of the flaps, ailerons, and other control surfaces by molding them as separate parts. Other kits, however, may require a savvy builder to cut them from the wings or tail with a hobby knife or razor saw in order to reposition them in a suitable manner.

Though creating extended flaps or sagging elevators may add a bit of realism to an otherwise rigid plastic model, the conversation always arises about what is accurate and what is not. While there are some hard, fast rules in some cases, if being in the Air Force has taught me anything it is that aviation rules are quite often bent, misunderstood, broken, or completely ignored which is how we ended up with a toilet strapped to an A-1 Skyraider during the Vietnam War.

I am not one to play much with absolutes, as I am a firm believer in the idea that whatever can happen, will happen. So, it never surprises me when I find photos of aircraft in configurations that I had once thought impossible based on other people's assertions. It is no fault of anyone's. There are a lot of knowledgeable people out there who are well aware of how an aircraft should normally appear. But we tend to disregard the moments in time that might have captured an aircraft in a way we are not used to seeing. 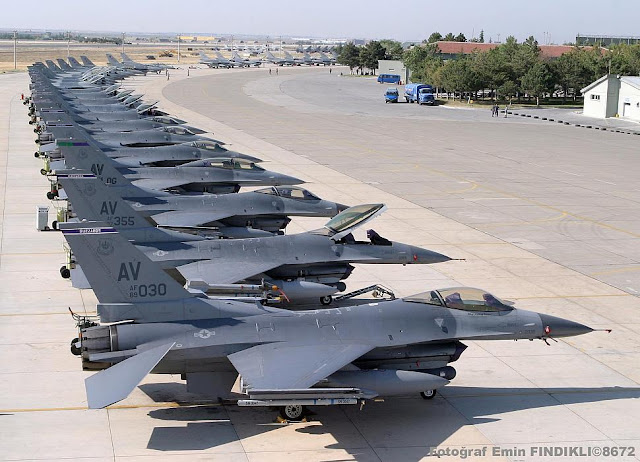 A simple example is taken from the F-16s above. Hydraulically operated, the Viper's horizontal stabilizers usually return to a neutral position once the aircraft shuts down. You can see that the nearest most F-16's right stab shows a high angle of deflection even though the jet is not running.

In the case of the F-16, its flaperons (combination of flaps and ailerons) remain dropped, not neutral, after the aircraft shuts down. Yet in the photo above you can see that the right flaperon is down while the left is more toward neutral. In instances like this, one could blame maintenance personnel who are constantly pushing these surfaces up to keep from banging their heads on trailing edges. 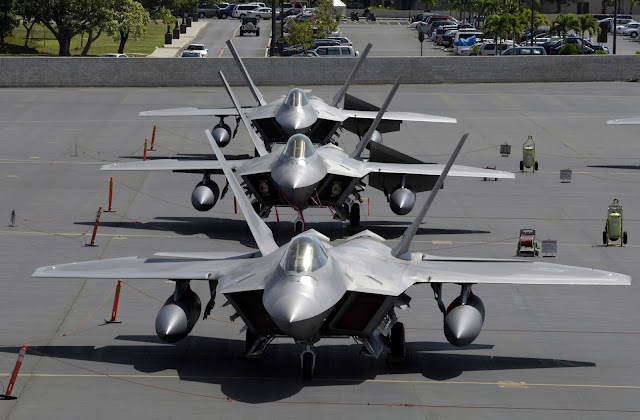 Of course, these characteristics are not exclusive to the F-16 as you can see from the horizontal stabs of the F-22s above.

One of the defining features of an F-18 is how every control surface is deployed, extended or off-center when shut down. The Hornet below shows its right aileron down much lower than the corresponding flap along side it. 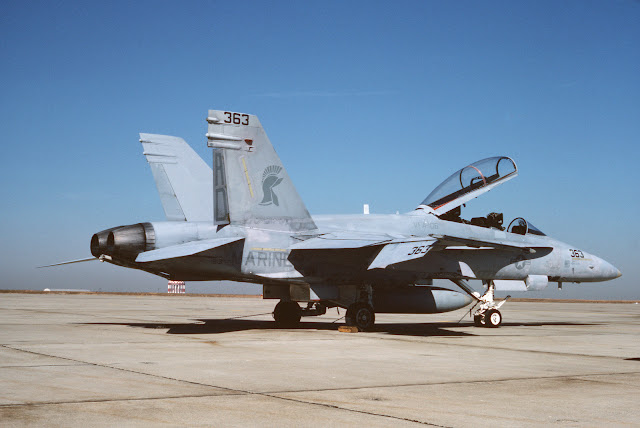 I have been told that when a Hornet's wings are folded, the aileron must be locked in the neutral position. The photo below seems to contradict that notion. 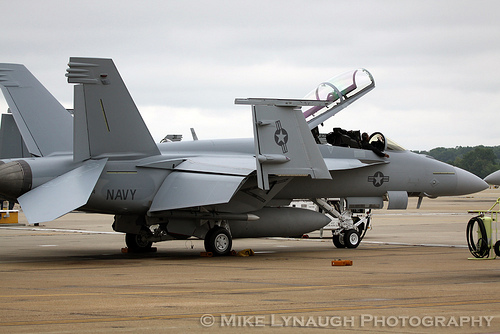 Several interesting details to note in the next photo. Most modelers would consider a deployed speed brake on a parked aircraft a no-no, yet you can clearly see one fully extended. Also, the Hornet on the far left facing us has one leading edge flap neutral though they normally drop like its counterpart on the right wing when parked.

Another argument I read from time to time is that wings fold simultaneously and you would never see one folded while one remains extended. I took this photo myself while stationed at Osan AFB several years ago. 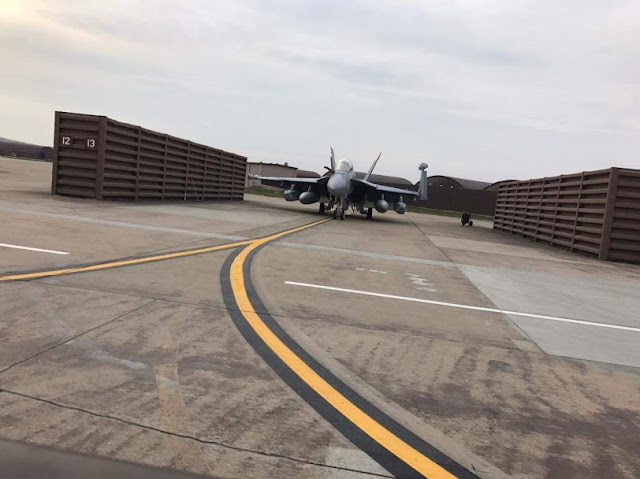 Of course, such discrepancies are not meant only for modern day aircraft. The Corsair below is also giving us the one wing salute. 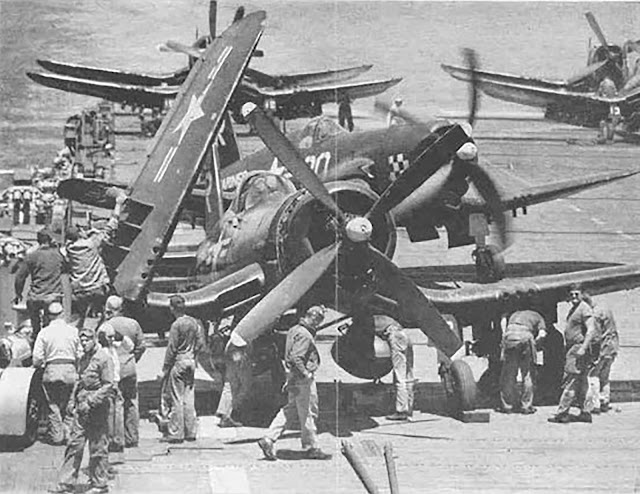 Another frequent question arises in regards to the P-51's flaps and landing gear doors. I am no expert on the aircraft but it would appear to me that, while there is probably a common configuration, there were exceptions.

Here it appears this Mustang does not have its engine running though the flaps are neutral and the inboard landing gear doors are fully closed. 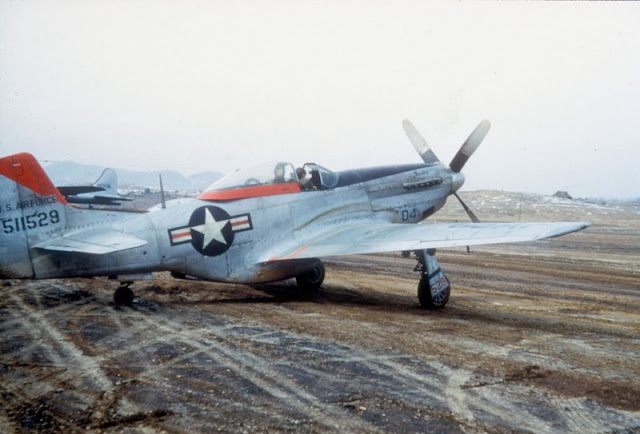 Here are several more Mustangs in a similar configuration. 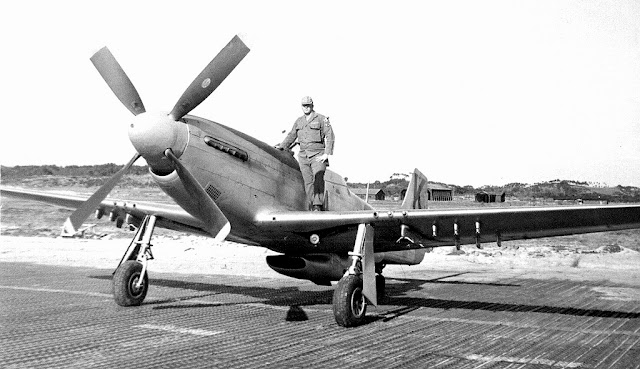 This one, on the other hand, has its flaps extended and gear doors closed. 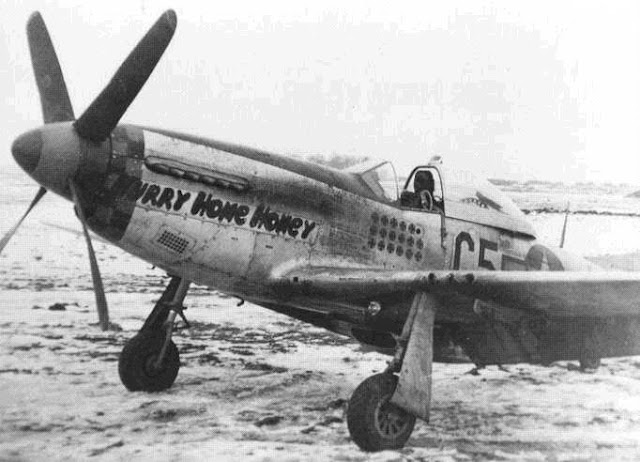 There is no way of knowing how long this P-51B has been shut down but you can see the landing gear doors are not fully down. Perhaps they are in the process of bleeding hydraulic pressure. 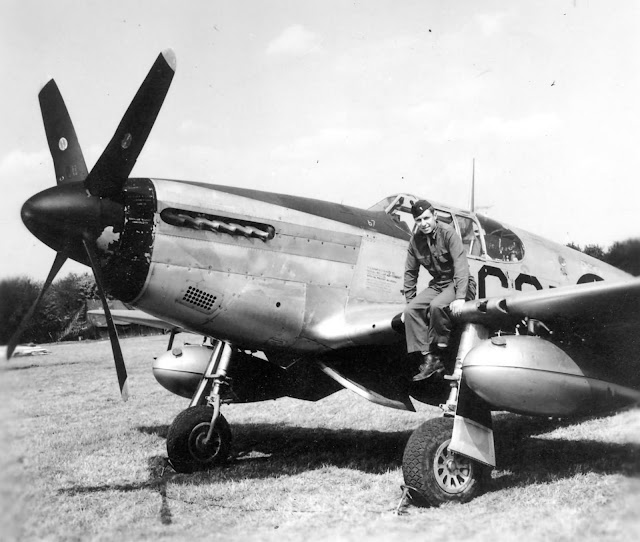 Similarly, this P-51's gear doors are not open all the way either. 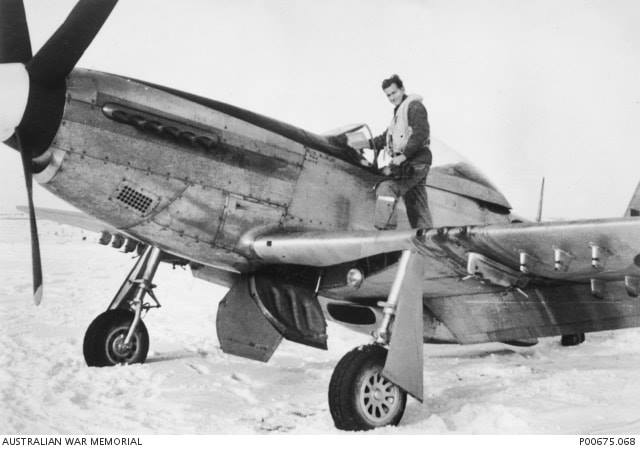 How you position the gear doors of a P-51, it would seem to me, would depend greatly on whether you're depicting your aircraft as having just shut down or whether it has been several minutes or hours after flight.

Beyond that, I am sure you could spend all day gathering examples of all kinds of different aircraft and how their control surfaces are positioned. For instance, this F-106's flaps are in neutral when typically they would be dropped. The speed brake is also closed though most often you might see them open, like the Delta Dart behind it. 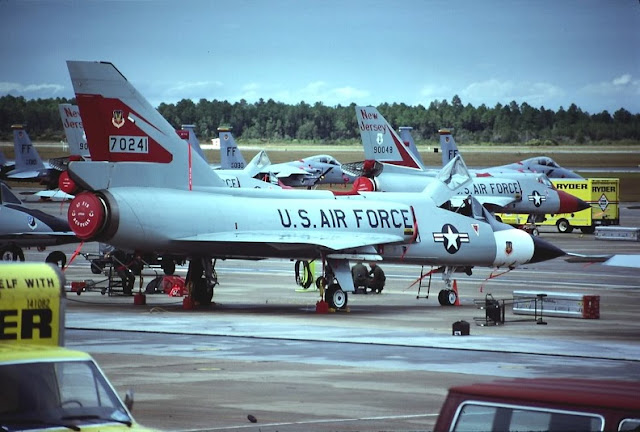 Though not really control surfaces, the positioning of these C-130 prop blades are varied depending on the aircraft. There even appears to be one Hercules with feathered blades. 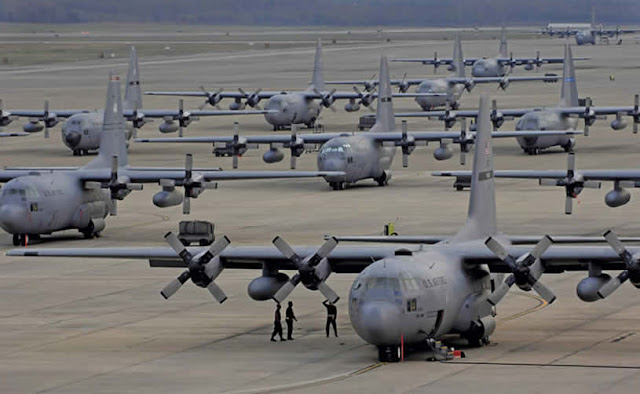 This is definitely a subject where you need to check your references and do your reading. Based on what you find, how you pose the control surfaces is obviously up to you. You may prefer a clean, straight, functionally optimal, symmetric look. However, I think that a looser adherence to the norm is a bit more interesting overall. Perhaps more neglected then ordnance, posing control surfaces in a manner not commonly seen adds a human element and some dynamic contrast to an aircraft model. Sometimes being less accurate is more on point.

I hope this helps you out on a future project. Thanks for reading.
Thoughts