on August 06, 2018
The F-4 Phantom is an iconic aircraft, earning its renown not only through its unique aerodynamic properties but also through its distinguished service with the United States military and the air wings of eleven other countries. Despite its appearance which earned it such nicknames as "Double Ugly", "Rhino", and the "Flying Anvil", the Phantom smashed world records and soared into the hearts of admirers, proving that with enough thrust any thing can fly.

But as I continue to waste countless hours of my life browsing the darkest corners of the web looking for the next great reference photo, I stumbled across a common feature of SEA Phantoms that modelers have seemed to neglect.

What? No. Chipping is reserved for World War II aircraft and armor, not sleek modern fighters! Right? Think again. It is time to examine some Vietnam era photographs of F-4 Phantoms and discuss how this oft overlooked characteristic could add some flair to your model.

Take it all in

Being stationed in South East Asia must wreak havoc on the surface of an aircraft. The constant exposure to the sun, sweltering humidity, and torrential rains would have put a beating on the paint. Phantom radomes appeared to have suffered immensely. 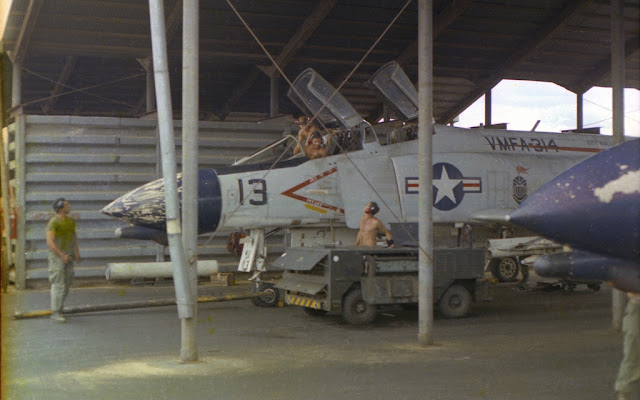 Though shocking to look at, it actually isn't that easy to find photographic evidence of radome chipping as extreme as this. However, what is easy to find are images of Phantoms with chipping along the intake lips and splitter plate - ranging from moderate to, well, insane. It appeared to be such a common occurrence that it stood out to me as an aspect most modelers do not address with this airframe. Because of this, we're missing out on some interesting finishes that we'll explore below.

You will notice that so far all those examples are of USAF versions. That isn't to say the Navy did not suffer the same fate, however, it may not have stood out as much against the gray.


Though you can see clearly in this photo the intake lip is showing signs of wear. 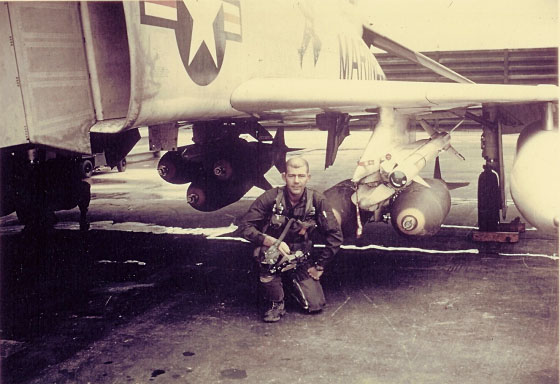 This should be enough to keep most modelers intrigued, wait, there's more. The common wear patterns on Vietnam era F-4s are fascinating but what is even more fascinating was the effort to remedy them.
Naturally if you have a section of aircraft with chipped paint you would assume a spot touch up here and there would do the trick. But that wasn't always the case and what we are left with are surprisingly contrasted finishes that would make any model stand out.

It has not been lost on me that the majority of the photographs depicting the repaints are from once source, and at least one base in all of South East Asia so perhaps the evidence isn't as common as I would like to think. However, according to the dates on the photos, one can assume the practice of repainting intakes and splitter plates covered a span of possibly ten months and four squadrons. It would seem reasonable to believe the finish was maintained in a similar manner throughout the conflict across multiple squadrons and locations.