How to Handle Being Short on References

on August 13, 2018
Collecting references for an upcoming build is a part of life for most modelers. I would say that we hoard images of military vehicles almost as much as we hoard collect kits. We tuck the high resolution eye candy into tidy folders named "F-16 pics" or "Weathered Aircraft" in hopes that one day we might come across a kit worthy enough to replicate what we've discovered. They are prized possessions. To a modeler, indeed a picture is worth a thousand words. The right shot can reveal otherwise hidden detail, correct part placement, appropriate color choice, weathering patterns, and of course, ordnance options.
But what if you can't find the right reference photo?
How many times have you been dying to build a model of an aircraft but a search of the tail number yields only one or two bland or grainy images. Or worse, nothing at all. What then? Do you just follow the kit instructions and move on? Some people are probably content to do so, and there is nothing wrong with that. What some of us glean from various resources are insignificant to others - weathering especially - and a model glazed with all the kit recommendations is fine. But there are modelers who may want more.

So what do you do if you're looking to add your own spin to a model but can't find specific references to suggest the aircraft you're modeling was anything other than basic?

Before I continue, I should be clear in stating that if you are keen on building a model as an exact representation of how it appeared in a photograph then this article really isn't for you. This is less about a strict adherence to the reference so as to build the aircraft the way it did look and more about gathering evidence to finish the aircraft the way it could have looked.

Think of a reference photo as more of a guideline than a set of hard rules. Clearly, the moment the shot was taken, that is how your aircraft was weathered, how it was configured, what color it was, and so on. But a reference is only a single moment in time captured on film or in the digital realm so you need to decide if it is that moment you want to depict or not. In 2015, the United States Air Force determined the average age of its aircraft was 27 years. That leaves you with a lot of other moments in which your aircraft could have appeared differently. But if you only have one or two images worth saving to your desktop, what do you do?

Let's call it "amalgamation". Amalgamation is a fun word to say and is defined as the action, process or result of combining or uniting. And you say, hey, idiot, what am I combining if I only have one or two photos? Fair question, but let me finish.
I will give you an example. Below are two photos of an F-4C representing tail number 63-7683 of the 497 TFS based out of Ubon, Thailand. The builder is unknown to me but the work has been circulating the internet for some time now. 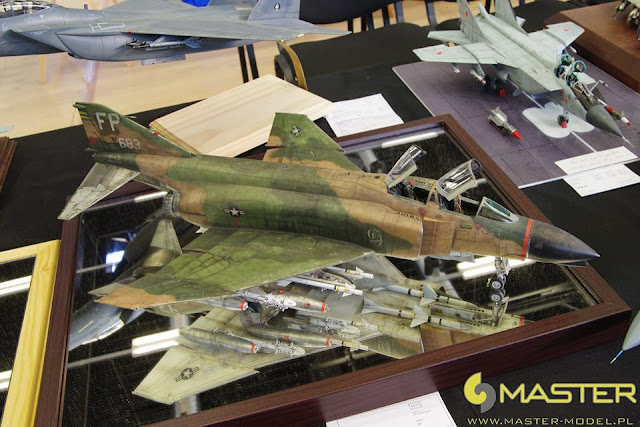 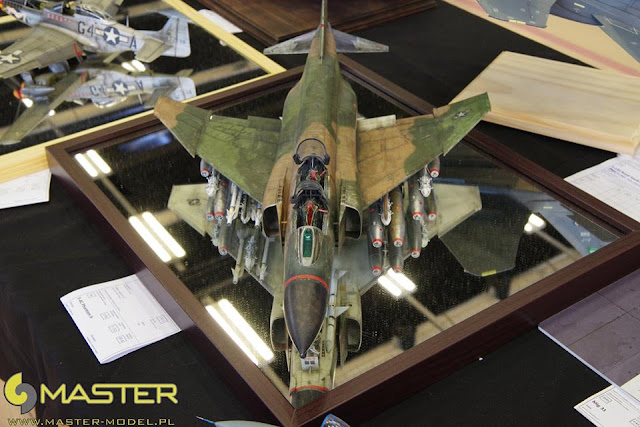 A Google search for 63-7683 does not reveal much and I was only able to find one decent photo tucked away in the recesses of the internet, a photo which I have used below with permission from Ron Picciani. Perhaps the modeler found this photo for use, but perhaps not and I think judging by how he finished his F-4C it seems unlikely. Notice that the weathering and wear patterns on the real Phantom are not accurately reflected on the model. You may also see that the model has gray canopy frames and a light gray trailing edge on the left wing, characteristics not present on the real thing. 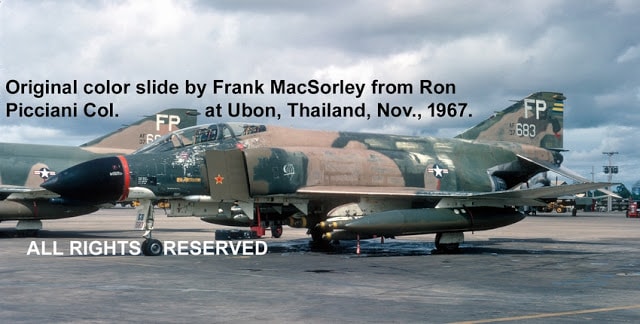 I can only speculate as to why they appear decidedly different. Some would argue that it weakens the value of the overall model because it looks nothing like what is seen in the photo. This assumes that the modeler even used the photo as a reference. I would argue he did not but instead created his version of 37-7683 using amalgamation.
Using the same source I located some images that more closely resemble the model F-4C above.

While I can't be sure the modeler used these images as references either, you can see they bear a greater resemblance to the finished product than the actual photo of 63-7683. Just looking at the last two photos one can assume that it was common maintenance for the F-4s at Ubon to have their canopies either replaced with one still in ADC gray or to be repainted with a gray paint on hand. It is almost as though the modeler replicated what the average Phantom may have looked like at Ubon rather than exactly how that specific tail number appeared. Though it strays from the single reference photo, it is still an accurate depiction of how the aircraft could have appeared at some point in its service in South East Asia.

This is how amalgamation works. Gathering images of not only the tail number you are modeling but a series of images of aircraft that served in the same unit or even the same location at the same time. The swapping of aircraft parts and mismatched colors is a common occurrence even in today's Air Force.
Say hello to F-16C 86-0251 of the 64th Aggressor Squadron. 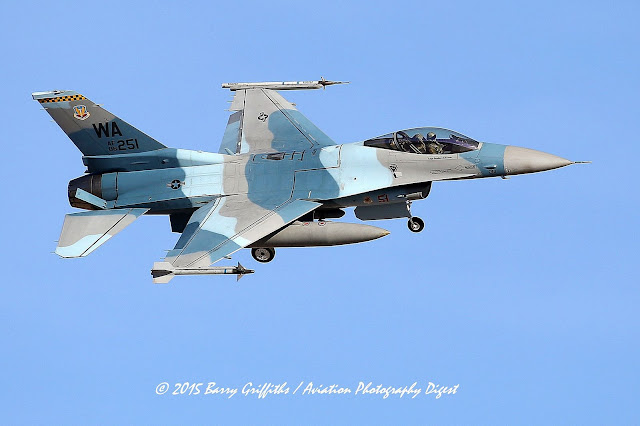 As far as reference photos go, this is very nondescript. The color is uniform throughout and the weathering is minimal. Perfect for a basic build.
Below is a photo of the same aircraft as it appeared two years later. 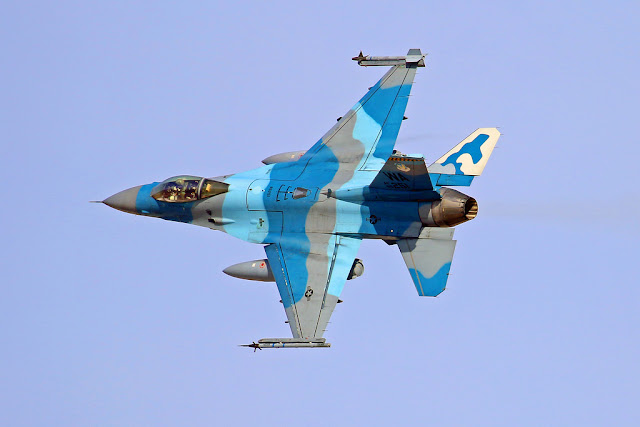 Notice anything different?
For the most part she looks just as clean but the right horizontal stab has been replaced by one wearing a remarkably different pattern likely cannibalized from a jet within the squadron painted like this one. 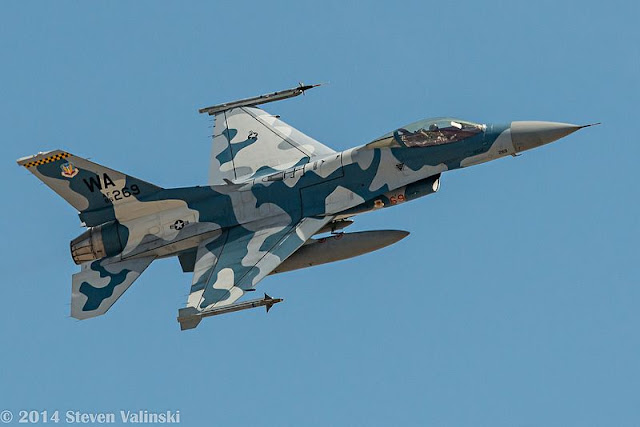 An F-16's horizontal stabs are interchangeable, left to right and right to left and of course with ones from other F-16s. It is a common practice in F-16 maintenance.

Vipers and Vietnam era Phantoms are not the only jets to experience maintenance driven visual interest. Perhaps some of the most well known examples are F-15E Strike Eagles.

The Strike Eagles are also known for having mismatched speed brakes, ailerons, and even radomes.

The point to all this is for you to understand that there is far more flexibility to how you finish your model than you might realize. An aircraft can change a lot in the span of 27 years, after all, the F-16 of the 64th Aggressor Squadron changed its appearance in only two. Aircraft swap parts and panels constantly which may result in an off-colored rudder or an eye catching mosaic like the patchwork on this Tornado... Even a pilotless drone can be inspiring... 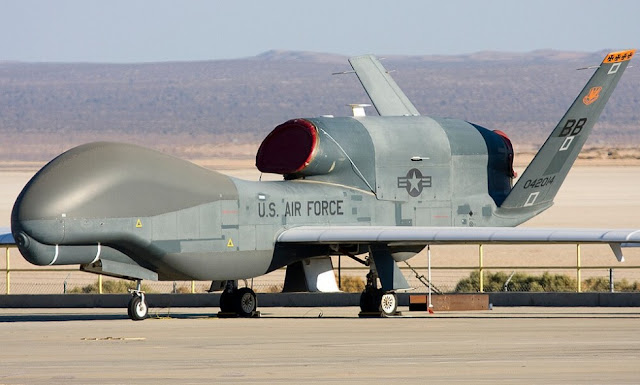 It can be extreme, like this South Vietnamese A-1... 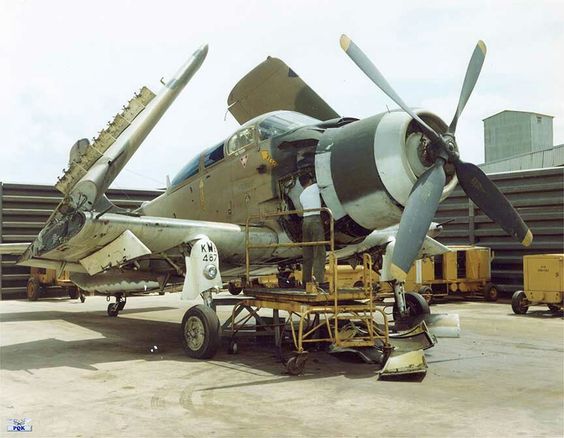 Or subtle like the slight misaligned camo on this USAF Skyraider... 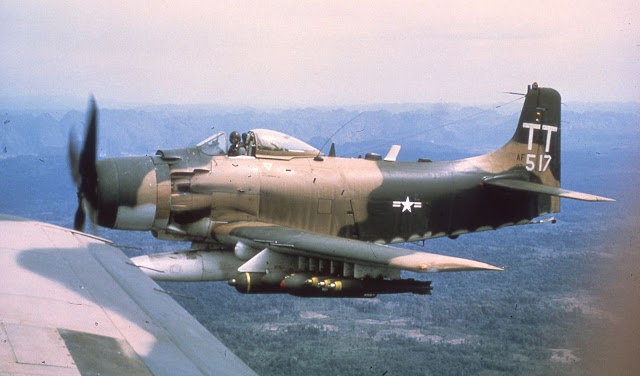 So, if you're unlucky enough to be building an aircraft that spent most of its life undocumented, consider yourself lucky. Collect references of other aircraft of that type and unite them until they result in a model that accurately represents how that plane could have appeared at some point in its history. Modeling is about history and story telling but what you build doesn't have to tell the same story that is in the picture.
Thoughts