Last summer, I penned a build review of Videoaviation's 1/32 GBU-38's and promised to post a follow up after giving the little bombs a proper finish. This is that follow up, albeit late, but better so than never.

These were actually some of the first pieces of resin ordnance I had ever assembled and it shows. My novice level of experience coupled with the lack of any sort of proper alignment aids caused some problems in the final product as you can see.

These alignment issues are trivial and won't be terribly visible once mounted to an aircraft's pylon or associated bomb rack. The set provides options to mount either a DSU-33 proximity fuse or just a hardened nose plug to the front of the munitions. I built one of each. 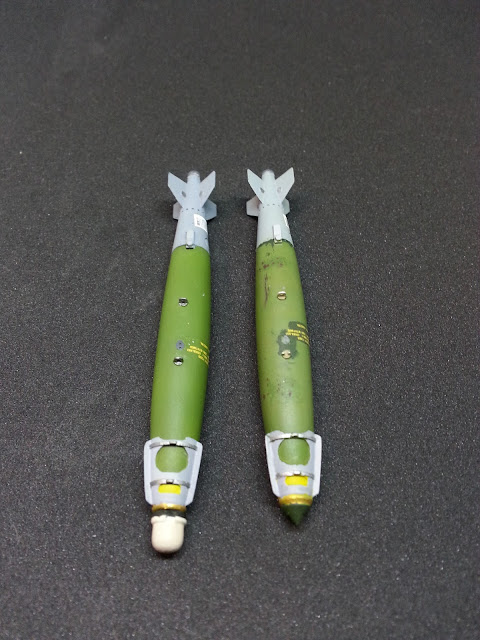 I only weathered the paint jobs slightly and used no oils or washes to enhance the look. These are as base as it gets. You should know that the GBU-38's seem to run a bit large in scale, a detail that stands out particularly when you compare them side by side to other munitions from different manufacturers.

This is really only a problem if you choose to mount the munitions side by side with a weapon from another source such as Eduard. Integrated loads are common on most modern fighter aircraft and having a GBU-12 in close proximity to a GBU-38 is a scenario that plays out often on A-10 Warthogs.

I have never been one to precisely measure the dimensions of a model and I am not going to start now. Whether or not the size differences detract from the aircraft's overall appearance will be up to you, the builder.
Either way, the munitions looks right at home when attached to a Wing Weapons Pylon from Academy's 1/32 F-16CG/CJ kit. 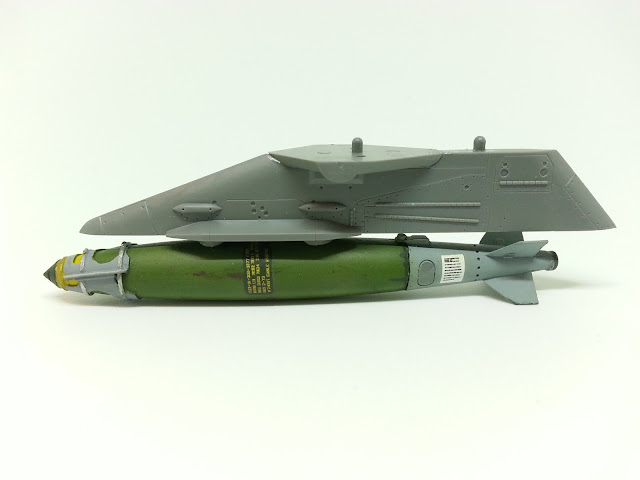 Still, the shape is decent and considering most modelers pay no attention to the finer qualities of scale ordnance, no one will notice. 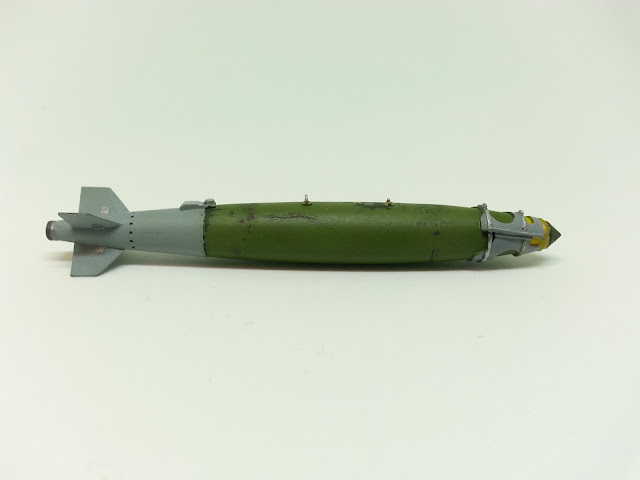 The instructions suggest applying the stencil to the bomb body such that the text runs parallel with it. While this is correct, I chose to orient the stencil perpendicular to the bomb body. This is also an acceptable placement and I tend to stray from the norm which is why I opted to do it. 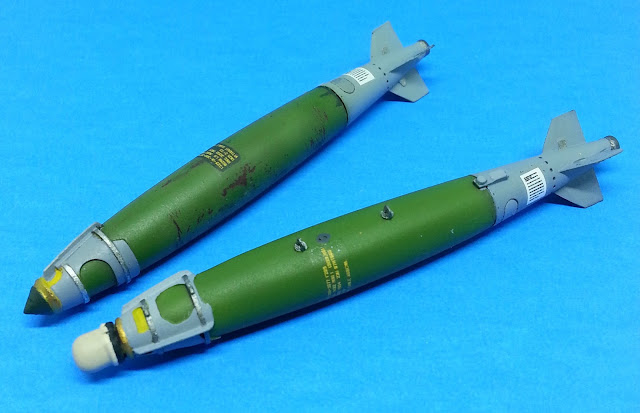 I am certain that Videoaviation's GBU-38's build into a fair representation of the real thing. They are hampered a bit by fussy alignment and perhaps a little pudginess but they are by no means off putting. They are a much needed addition to a market that, until recently, has neglected to produce modern ordnance in large scale. I am a growing fan of Videoaviation's work as sort of the poor man's Eduard. What they lack in refined engineering they make up for in quantity - you don't see Eduard selling ordnance in packs of eight, that's for sure. After seeing how they look when finished, if someone asked me where to find a decent set of GBU-38's in 1/32 scale, I would definitely point them in this direction.
1/32 Aircraft Review videoaviation