Where Have I Improved?

It's always around about this time that the model-verse is chock full of posts celebrating the end of the year and all of the plastic and resin and photo-etch and blood, sweat, tears and dollars we've assembled to replicate a little airplane or tank or God knows what.

We look back on the year and reminisce on the kits we've added to our dusty display shelves. Well, I should say, not me. At least not this year. No, this year the Republicans in Washington accomplished more than I have but I think I show more promise. Though I have nothing to show for what little work I was able to put in during the last 365 days I have certainly gotten better in some aspects.

Between a deployment to the Republic of Korea, a change in work schedule and just juggling life as a husband and father, time was hard to come by in 2017. Previously, if I was pressed for time it would have effected my modeling negatively. I would have scrounged all the available minutes I had and try to finish as much as possible in those moments. Of course, this meant that quantity would go up but quality would suffer as I rushed through builds just so I could stock my shelves, get to the end of the year and say, look at what I've done!

That doesn't fly with me any more. I have changed my attitude to modeling. I think the catalyst for change has been my focus more so on the Facebook page and this blog rather than the need to put plastic together. It has given me the ability to remain in the hobby without having to do any modeling, or at least, model at my own pace. Now when I am able to return to the workbench, I use the minutes wisely, seeing each step and technique all the way through.

And that has led to even more improvement...

There was a time when the thought of having to take a sanding stick to a canopy was terrifying. Not this year. With the added patience I was able to sit down and truly focus on properly removing a canopy seam. A year ago, I might have had the mind to either leave the seam or I would have completely butchered the canopy as I sped through the process.

Of course, if you can handle a canopy seam, you should be able to handle any gap or seam on your model. Fixing gaps and seams was an area I always struggled with both in technique and in motivation. I'd get to a point where I would say good enough and move on. These days I have taken on the issue by exploring new fillers and the best way to use them. Right now, I particularly like the "sprue goo" I have created by dissolving extra sprue bits in plastic cement.

This was always an issue. I do not have a dedicated work space and don't have the room for any kind of photo studio as some of you are lucky enough to have. I also do not use a DSLR camera but rather utilize my phone. This year, however, I purchased a small collapsible light box and it has improved my photography greatly. 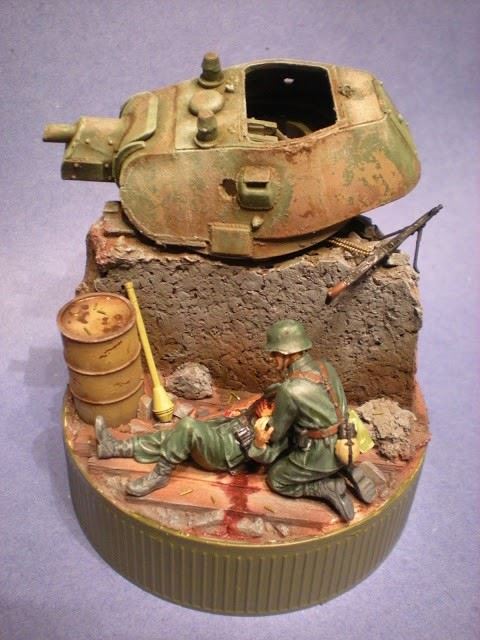 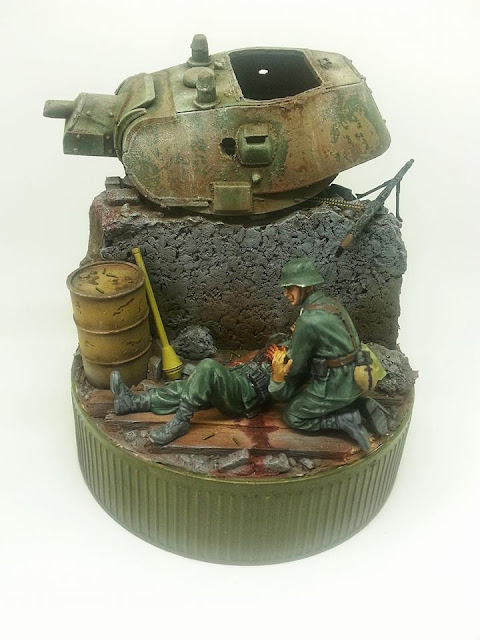 The photo on the top was taken about two years ago versus the one taken this year with the new set up on the bottom. Again, my techniques could still use even more improvement but it's much better than it was, that is for sure.

Though many modelers might find the lack of production disappointing, I am walking away from 2017 full of motivation and optimism. If not for the slow year I had, I would be stuck in the same rut of routine and self-sabotage, finishing kits just to finish them. This past year gave me time to think about what kind of modeler I want to be and 2018 is wide open for me to capitalize.

This has been posted in response to January's Sprue Cutter's Union topic. To see what other modelers are saying about this topic, follow the links below:

Would you like to join the Sprue Cutters Union? It is simple. All you need is a passion for scale modeling and an outlet on social media to talk about it. Click here for more information about joining the SCU and this month's topic. I look forward to calling you a party member!