Model and a Movie...and dinner I guess...

Your weekly dose of modeling and pop culture!

Its that time again. A new week rings in another new assignment from the good folks over at Cool and Collected.
Let me start by saying that what I like the most about being a member of the League of Extraordinary Bloggers, is that it forces me to be a little more creative with my blog posts on a weekly basis. It gives me a chance to explore other topics and how they relate to scale modeling. This way I can include some more content that isn't just me posting pictures of my work and droning on and on about how I did this, or how I made that. You may like that, but sometimes diversity is in order, especially when you are the one tasked with doing all the writing.
The assignment this week is "seeing red". Pretty simple topic that can be taken in any number of directions.
And I've decided to treat you to a date - a model and a movie. Are you free this afternoon?
Good! I'll drive....

When I hear "red" I automatically think of those dirty Communists that ruined things for the rest of the world (not to mention themselves) for the majority of the 20th Century. Being a modeler, and a history buff it isn't a far leap to associate the two together, after all, with terms like Red Army, Red Scare, and Red Menace, its difficult not to think of the Soviet Union when discussing the complexities of the color red. 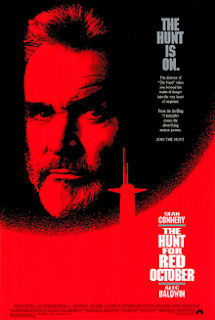 Well, I figured that this topic could be covered in many different ways by simply watching the movie, The Hunt for Red October. It has everything I need - those Red Commie b@$tards, the word red is in the title, and then there is the red eye catching movie poster featuring Sean Connery's face, so large in fact, that you'd think this was a movie about a lost sunburned Scotsman than a Russian submarine.

Its a great movie, if you haven't seen it...unfortunately I can't show you all of it, so you'll have to take my word for it. It was released back in 1990 when the Cold War was winding down and they tended to use famous Western actors to fill the roles of foreign characters...oh wait, they still do that? Yes, they do...and still do...this is ridiculous...[sigh]

Any way, along with Connery, the film stars Sam Neil, and Alec Baldwin, and oddly enough, Tim Curry. Of course, you Star Wars fans should know that James Earl Jones is also in the film.
The plot surrounds the actions of Captain Marko Ramius (Connery) who is in command of the Soviet Union's latest nuclear submarine, but has defied orders and heads in the direction of the United States. The plot thickens as the U.S. tries to determine whether or not he intends to attack or defect. Drama ensues!


One of the better scenes of the movie. If you haven't seen it (then you've been living under a rock) I won't tell you how it ends (I will make fun of you though). You should take some time to watch it, I promise it will not disappoint you. It is a Cold War classic that grossed $17 million on the opening weekend, and received great reviews and won an Academy Award for Best Sound Editing. 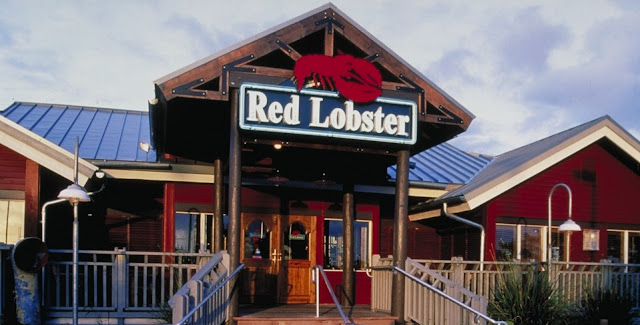 Happy? So much for a cheap date...

Where was I? A yes, my place. I'd like to show you the models you can build to go along with our movie. Shall we?
First, I need to set the mood with some tunes...


The model industry often times doesn't take advantage of media franchising, unless of course it is science fiction, then have at it. But after the film was released, Revell offered several kits to go along with the blockbuster hit.

The first kit is of the Red October itself. It is a bit of a disappointment, however, as the model is just a repackaged Typhoon-class submarine already available on the market. Revell did not even make the extra effort to replicate the advanced propulsion system featured in the movie. This is a gimmick at its worst (or best?), especially for modelers who strive for the utmost accuracy. You get a cool box but you'd have to do some work to convert it to an accurate representation of the movie submarine. For a few more pics, check out Fantastic Plastic!

The second kit, also from Revell and packaged in the same manner, is the American submarine depicted in the movie in pursuit of the Red October. The USS Dallas. This kit comes with a 1/100 scale SH-60B helicopter.

These kits are actually pretty rare, available on eBay or other obscure model retail shops. I don't actually have any in my collection, but would certainly enjoy having them.
Either way, I hope you've enjoyed the Model and Movie (and dinner) edition of this week's League assignment. I sure enjoyed it. Maybe we can see each other again sometime?


Some of you may be wondering what this is all about. Every Monday, an assignment from Cool and Collected is given to participants in the League of Extraordinary Bloggers to write about a given topic for that week. This is my response. Once complete, we post our work, and share the work of others.I use this to bridge the gap between modelers and collectors, who are in most cases one and the same. It is a fun way to get my work out there, and to read the creative stylings of other bloggers.
If you enjoyed this article, then you should check out some others like it...