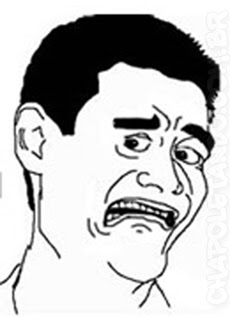 When I was young, there were lots of thing I did not like to eat. I was a picky eater, and I am sure a lot of you were as well. Greens like spinach and zucchini were avoided at all costs, and I also had an aversion to cheese and bread crusts. I've gotten over most of the food-phobias I had as a youth, like tomatoes and blue cheese, and have expanded my dietary horizons to include such items. However, there are some things I still haven't integrated into my daily consumption (spinach and zucchini, namely). Old distastes die hard, as they say...or something like that.

What does this have to do with modeling? Well, this week's Sprue Cutters Union assignment asked us what models would likely never reach our workbench. Much like I can guarantee you that neither zucchini or spinach will ever reach my dinner plate, I can tell you there are certain subjects that will never enter my house in kit form for my own personal benefit (I'll clarify this statement in a bit)...

The phrase never say never was first recorded in a book by Charles Dickens, you know, the same author who has wrought untold misery upon many school children after being forced to read such literary masterpieces as "Great Expectations" [shudders], which is a book that will never find its way into my personal library. In high school I took nothing away from Mr. Dickens' writings, and I'm certainly not going to start now. So, when I say never, that is unequivocally what I mean.
Now we are clear. Lets move on. 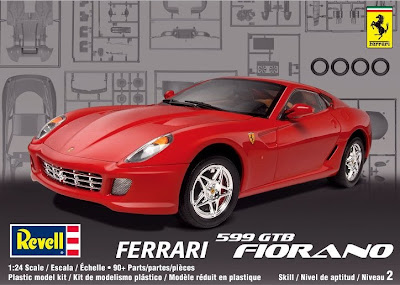 If you're going to call me on a technicality, it will be with civilian automobiles. As a matter of fact, I've recently done one and had a blast doing it. But, there is a reason I call my blog "The Combat Workshop" and that is because I focus mainly on combat related vehicles, equipment and scenes. Red Ferraris, and bright orange Chevy convertibles don't fit well into that criteria. But you did a Chevy pickup truck you say. Yes, that is true, which is why its under the "Good" category. But, I'll explain further.
As cool as fancy sports cars can be, I don't want to build one in scale. I could blame this on any number of things, like my unwillingness to pull off a mirror gloss candy apple red finish, but in all seriousness, I can narrow it down to one factor - character. To me, a show floor automobile model lacks character. Don't get me wrong, I've seen some impressive looking finishes, and incredible engine detail, but the pristine look doesn't appeal to me. I need a story; one that is told in rust and chipped paint, not one that sits in a garage until the local car show rolls into town. That is why you will never see an automobile on my workbench unless its falling apart.
Now, I said I would explain what I meant by "my own benefit". I have a son who likes cars. I hope to one day pass on my passion for this hobby, and if it means building a beautiful glossy '69 Corvette, so be it. But I can maintain with certainty that no such vehicle will be sitting in my stash ear marked for me.
No way.
No how. 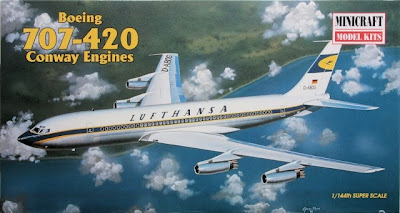 This shouldn't come much as a surprise considering what I already stated about civilian automobiles. I find nothing attractive about civilian airline subjects at all. I have no personal attachment to them, and I have no artistic vision for them either. The only thing that would remotely interest me would be to model one crashed...but that seems like poor taste, even for me. So, really, its best if I just leave them alone.
No way.
No how. 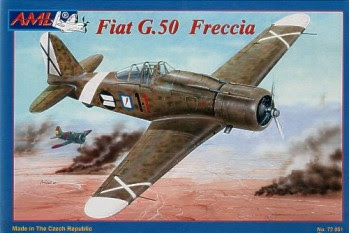 Yes, I love building military subjects, but I do draw the line some where. Like your first date, I feel there needs to be some level of attraction between you and your subject before you take it to the next step. I'm sorry, but I'm not going to spend time and money building an airplane that would only appear good looking to me after huffing too much enamel paint. Call me shallow. It is what it is.
The Fiat G.50 is an ugly aircraft, no two ways about it. Are there uglier? Yes there are. But when the topic arises, Italian World War II propeller driven aircraft usually come to mind first. In all fairness, the Macchi 202 is like the Fiat's hot friend, but in this case, I ain't taking one for the team.
Don't think I'm picking on the Fiat alone here. There should be a contest of ugliest planes, and there would be plenty of entries - Fairey Swordfish, PZL. PII, Ju-88, Polikarpov I-16 - I could go on for some time. Most pre-war aircraft would fit the bill.
In short, if I look at a kit and recoil in disgust, its not likely going to have the pleasure of a date with me at my workbench.
No way.
No how.
Albeit, the homely Fiat would have a better chance with me than a car or airliner.

To sum it up, I'd like to think that I have a pretty diverse set of interests. Some may say I'll try anything once but that isn't true of me. This hobby can be expensive, so spending my money wisely is always the priority. When it comes down to it, I'm just not going to drop coin on a kit that I don't find interesting, or compelling to build.
You can't make me!