Thomas Edison once said, "Genius is 10 percent inspiration and 90 percent perspiration." Or something to that effect any way. Though this rings true of modeling for me today, that wasn't always the case. In my early days, the projects took on about 99 percent inspiration and only about one percent of hard work. What I lacked in technique was certainly made up for in enthusiasm. There were seams left exposed, gaps left unfilled, brush strokes in the finish, and foggy canopies. But I loved the hobby. I lived, breathed, ate, and slept modeling. (My wife would argue that hasn't changed)
I've been modeling for over ten years now, and like to think that I am but a shadow of my former self. The enthusiasm and inspiration are still high, but the amount of perspiration I am willing to pour into a model (not literally, because that'd ruin the finish) has been on the rise since. Of course, this is owed in great deal to more years under my belt but also due to the amount of interest I had in the hobby back then. I've read a quote that says a hobby is what you make time to do, not what you do when you have time. With that mind set, you can't help but improve.

This week's Sprue Cutters Union challenge is to identify three things that have impacted your modeling, good or bad. Although I've already pointed out that a great deal of enthusiasm will go a long way, I'm not going to use that in my countdown because along with enthusiasm you need some measure of assistance. I don't know many modelers who have taught themselves the art without having interacted with others - exchanged ideas, received criticism, etc. This hobby is very social. We are not monks, silently building models in our mountaintop sanctuaries.
So, to start this countdown, I will share with you one of the most important influences to impact my modeling. 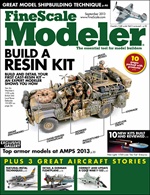 Along with the magazine, they support an online forum that I participated in for a long time. Much like the magazine, I utilized the forum to gain a better understanding of the hobby. I learned how to use the tools I had effectively, and most importantly, I got feed back from knowledgeable and friendly individuals.
Of course, you could substitute this publication for any one of the hundreds that are out there. I haven't subscribed to FineScale for several years now. Not because I fell out of love but because I ran out of room. With over fifty issues saved, I just didn't have the space to store them. Never the less, as I've become a more experienced modeler, I like to think I've grown out of the book stage, learning things on my own and perfecting the techniques.

But for a new modeler, I highly recommend getting your hands on a magazine of some type or joining an online forum. The information is priceless and hopefully it will shape your enthusiasm for the hobby, as it did for me.

At number two...
The Airbrush 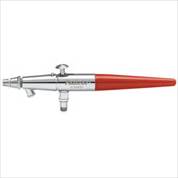 Nothing changed the game, in terms of finish, as much as making the purchase of my first airbrush. It was a Paasche VL paired with the 500D compressor, a Father's Day gift (best one to date), that took my models to the next level.
Prior to obtaining the zenith of modeling tools, I had been using regular paint brushes, which can be quite useless and time consuming depending on what you are painting. Don't get me wrong, I have seen a few people that can pull off an amazing color scheme using only a brush, but that seems more the exception than the rule.

I really don't even have to explain the benefits of an airbrush over any other method of painting because I am most likely preaching to the choir. Granted, the hand brushes still get used for small details and figure painting, but for armor and aircraft the airbrush is the way to go. I recall painting a 1/35 Dragon Panther by hand when I first started modeling, using Model Master enamels. It was time consuming and sloppy. Two coats were necessary. The first model I painted with the Paasche was an Italeri M1 Abrams, and it was then I realized I would never go back.

I still use the trusty ol' Paasche, even after five years. Its the only brush I own, and since it is easy to maintain, it will likely be on my books for several years to come (though I've been eyeing up a Grex....). If you have the money, its a worthwhile investment and well worth it to learn. Get one.

And finally, the number one most important influences on my modeling...
Road Trips

If you haven't been to a model convention, do so. Having read my blog long enough, you'll know I have a good relationship with my father. He is the one who started me on this road and we've shared the experience of modeling ever since.
Our greatest shared experiences come when we pack a lunch for the day and head off for parts unknown just to get a glimpse of the latest creations by modelers across the region or even across the country.

Our first show was the AMPS International Convention in Havre de Grace, Maryland back in 2009. Since then, we've attended numerous shows ranging from Mosquito Con in Wayne, New Jersey to AMPS East (now Armorcon) in Danbury, Connecticut. Traveling for several hours both ways gives my father and I an opportunity to catch up and spend some much needed father/son time together - something we don't get now that we're much older. Beyond that, attending a show gives you the opportunity to rub elbows with some talented modelers. You never know what you might see, and with some shows sponsoring seminars and workshops, you never know what you might learn.

One of the best things, of course, are the vendors. My father and I quite often spend more time in the vendor rooms than on the actual show floor. The kits and other merchandise are plentiful and the prices are usually fair. I've never come away from a show with less than three kits. In fact, the majority of my stash is made up of these cheap convention finds. The ride home is spent laughing maniacally at the deals we scored while then trying to figure out a way to sneak them all past the wife...

I hope to continue this tradition with my father. Our next show is planned for September when we hit up Jersey Fest. It'll be our first attendance at the mainly Sci-Fi oriented event. (Yes, I'll have pictures) If you have the opportunity to go to a show, I highly recommend it. Even if you have to go alone, rest assured you will have good company on your way home with several inexpensive kits.

Yet Another Plastic Modeler - Jeroen's list is very similar to mine!
The DogsChuffers Scale Model Workshop - Craig shows us his top three tools!
Martin's Scale Models - Martin's top three also includes the airbrush. May be a recurring theme!
MattBlackGod's World - Danny gives us a brief look into his modeling inspiration. Another shout out to Dad!
Eternal Wargamer - Frank tells you to get motivated!
Kermit's Workbench - Rich tips us off with some important techniques!
Doogs' Models - Another great take on this topic from Matt. Takes the airbrush theme a bit deeper with "modulation".

The F-4 Phantom is an iconic aircraft, earning its renown not only through its unique aerodynamic properties but also through its distinguished service with the United States military and the air wings of eleven other countries. Despite its appearance which earned it such nicknames as "Double Ugly", "Rhino", and the "Flying Anvil", the Phantom smashed world records and soared into the hearts of admirers, proving that with enough thrust any thing can fly.

But as I continue to waste countless hours of… 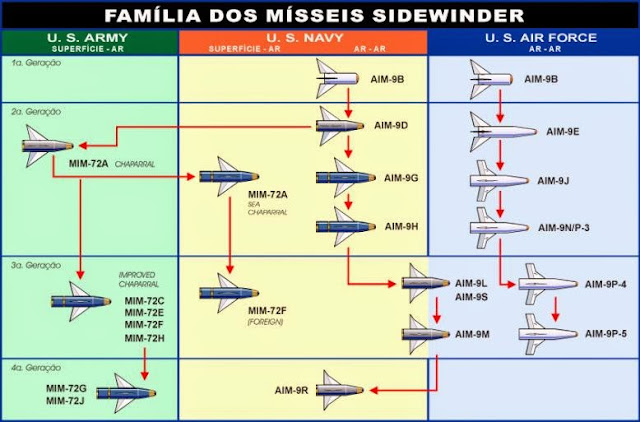 The IPMS Nationals was in Phoenix, Arizona this weekend. I was not in attendance though I have seen plenty of images shared on the internet by now. There were a lot of outstanding entries this year and one stood out to me in particular. It was an A-6 Intruder with an…